Grads Come Home to Play the Game They Love 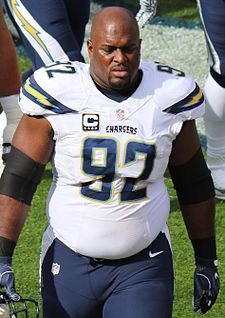 Crenshaw High Grads Hayes Pullard, Dominique Hatfield, and Brandon Mebane all return to Los Angeles just in different jerseys.
The Crenshaw Cougars football team is known for winning championships, but it is also known for having six players who are active in the NFL. Hayes Pullard, linebacker, and Brandon Mebane, defensive tackle, return to LA to play for the Chargers who have made the Stub Hub Center their home. While rookie Dominique Hatfield, who was underrated and then picked up by the LA Rams, returns to the only home he truly knows. "It's great to see some of our boys return home!", stated Robert Garrett, head football coach of the Cougars.
http://www.latimes.com/sports/highschool/varsity-times/la-sp-high-school-sports-updates-three-crenshaw-high-grads-playing-pro-1504633477-htmlstory.html Source: Los Angeles Times
Print